Would you like to switch to the accessible version of this site?

Don't need the accessible version of this site?

Why We Wear Makeup 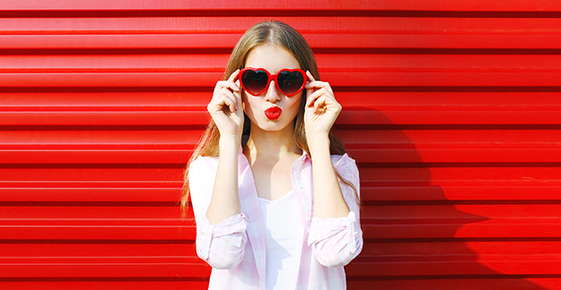 Makeup is so common in our society, that we may never really stop to think about why we wear it. In recent years, though, scientists have started to look at what effects a little foundation, eye shadow or liner, blush or lipstick can have on our appearance and the people around us.

What Drives You to Make Up

Everyone has their own reason for putting on makeup, but here are a few common reasons for dressing up your face:

The Hidden Power of Makeup

We may be fully aware when we put on makeup, but a little lipstick or rouge can have subtle effects on those around us, and even on ourselves. Here’s how:

While most studies on the hidden powers of makeup have been done on women, men may also get a boost to their appearance from smoothing out their complexion, making their features a little more symmetrical or sharing their personality with the world.

If you aren’t sure how to best express yourself with makeup, your makeup professional can help you create your own signature, and stunning look.

Walk-in clients are welcome but the wait may be long. We encourage making an appointment in advance.

We are located in Tustin - Old Towne